Have you ever heard some bit of news and said I don’t believe it! Well when a person says he or she believes something they are saying that they accept something as truth or fact. Now believing can go in many areas. As Christmas approaches we have many things we believe in such as Jesus Christ Son of God and St Nicholas.

I want to share things about my Christmas’s some years ago. Of course I believed in Santa Claus, and reindeer, and elves, and Santa’s workshop at the North Pole. I can’t make it public but some who know me say I still do! It was absolutely magical and the anticipation of Christmas morning was just wild.

My Christmas’s of some years ago were magical and among my fondest memories of growing up (I still wonder if I really did “grow up”). I can still remember how Santa always knew to put my gifts on one side of the fireplace (which was in the living room of the house I grew up in) and my sister’s gifts on the other side. Of course we always put out milk and cookies for Santa and in the morning they were always gone. You know Santa must love all cookies because no matter what kind we put out, they were always eaten. I know they were eaten because there were always crumbs on the plate and the milk was gone as well. Another thing that was strange was if we didn’t get to speak with Santa directly, we would make out a list of our requests and my mother said she would make sure Santa got it. Of course back then you knew your list couldn’t be too long, after all Santa had only so much room in his sleigh. The stockings were hung by the fireplace with care and in the morning they were filled with goodies. As we got a little bit older my parents would take us to Howland’s, Read’s, and Blinn’s toy store (by the way for those who didn’t grow up in the Bridgeport, Ct. area these stores won’t sound familiar and sadly they are all gone) and we would pick out what we wanted and my parents said they would be sure that Santa would get our list!

I never got too much sleep on Christmas Eve waiting so anxiously for morning. I think I was always the first one to the living room to see my gifts. The way Santa would arrange them was so clever because it made it exciting. There would be boxes on top of boxes stacked in an irregular fashion so opening them was so much fun! Of course one thing we got every year was a life savers book. This was a package in the shape of a book and when you opened it where the pages would be, was filled with all the different flavors of life savers (and there were many back then). Santa Claus always treated us well and we were thankful.

Now we haven’t spoken about the real meaning of Christmas which is to celebrate the birth of Jesus. Christmas will never become old because of this as Christians believe. Now how about if you are not Christian? Well most religions have their own special days when they celebrate their religion. Most people believe in a higher being. Now just think of the world before humans inhabit the planet. How would you explain that first there was just a dark cold empty earth with nothing, no houses, no cars, no jewelry, no electricity, no humans? Then came light, and life! Can anyone really think that all this just happened without a higher being doing the work? How about the laws of nature and physics, just to start? What about the human body the most complex machine created? It’s just too much to think it’s all just an accident! Thank God for that!

Ok we haven’t spoken about those who didn’t grow up in a happy home and have wonderful childhood memories. I know that nothing I can say is going to change that but being an adult now, does give us more power to change how things are going forward. We can be on our own, get some kind of education, even learn a trade. Who says you have to go to college to live a good life? Make friends and try to interact with the good part of your family (that is if there is any good part). Join a church because having a relationship with our creator can help a lot. So if you had a bad childhood don’t let it ruin your whole life. Tell yourself you have the power to change your situation. Don’t be afraid to seek help either since there is no shame in that.

If you’ve ever seen the movie ‘The Polar EXPRESS’ then you know the part at the end where Tom Hanks receives the bell (that he lost on the way home from his trip to the North Pole) from Santa’s sleigh that he and his sister hear ring but his parents can’t! Once again don’t pass this on but I can still hear it too!

For my final thought of this article, I suggest that you get on your knees, pray, and believe! 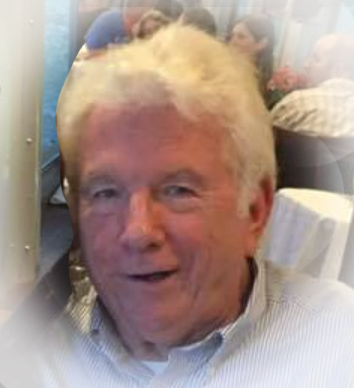