There was a man who had a dream, and his dream took him to a place where he met another man standing at the door of a strange looking Palace. The face of the man was vague and his form was unclear to the man that was having this dream, but yet he still followed him down this long cobbled stoned floored hallway. The vague looking man that led the way stopped after walking nearly the entire very long hallway. He paused for a moment as though something came to his mind and he turned and opened the door that revealed a big dining hall with a table covered with all types’ delicious foods and drinks. And sitting at the table in various chairs around the table were these very well dressed and jeweled emaciated people who looked like they were starving to death. And the man that is having the dream noticed also that all of the starving people around the table had arms that barely came out their shoulders. The final thing that caught his attention was the extremely long dining forks that were next every plate that was on the table. The vague man then took me out of that room and led me to another room very similar to the other dining room, but the only difference was that the people that were seated around this table were poorly dressed but looked well fed and happy. And the man that was having the dream said, this is confusing to me, everything in both rooms are the same except for what they are wearing. And the group that looks the poorest is full and content, and the group that looks wealthy is starving at the table where there is plenty to eat. And the vague man said to the dreamer, the one’s sitting at the table well-dressed but emaciated couldn’t feed themselves because of their arms being too short to get the long forks to their mouths. But the ones that looked well fed and happy used the long fork that they couldn’t feed themselves with, to feed one another. 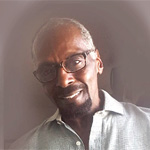