It is not uncommon for the Burns Night to end with a happy, wet look. Finally, the “Aud Lang Syne” sounds, an anthem in which homeland, friendship and a piece of Scottish history are sung.

A piece of Scottish tradition saved into Australian modernism!

Let us return briefly to Sydney’s Hyde Park. It is cut through Park Street, where we find the spacious Australian Museum. In addition to many individual topics such as “Australian Wildlife”, “Planet of Minerals” or “Pacific Spirit”, this extraordinary museum focuses on the Aborigines in several sections. Certainly one tries in this way to generate a better understanding of their history and problems. It seems to have worked.

The term “dream time” reflects the term mythology of all Australian Aborigines. The legends of the “dream time” mostly deal with a universal, space and timeless world from which the real present emerges in an incessant process of creation. This explains the legend below:

Beginning of the dream time

The dream time began when the earth was still a barren, empty lump. The ancestors were still sleeping beneath the surface and then, awakening from sleep, broke through the earth’s crust.

One day the rainbow snake woke up and rummaged through the country. She pushed stones aside, threw hills and left deep pits in which to collect the water. So it meandered all over the world and returned to its place of origin. There she called the frogs, which took a long time to get to the surface, because their bellies were full of water.

She tickled the frogs, who laughed and spit out the water. The water dispersed and filled the pits created by the snake. The lakes and rivers were created.

Now the grass and trees started to grow. Life started.

The rainbow snake enacted laws that all obeyed. But some of the animals were quarrelsome and the snake said: “Those who obey my laws are rewarded and given a human body. The others, however, I turn into stone, on which they can never again walk over the earth”.

The animals now become human were given a totem, namely the one from which they were made. And to always have plenty of food, no tribe was allowed to eat the animals of their own totems, only those of the other totems. 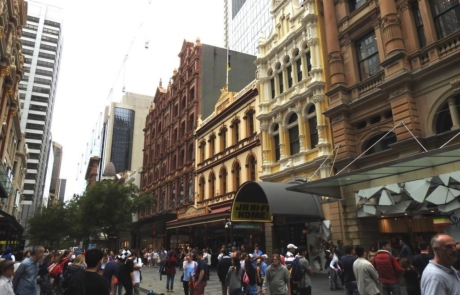 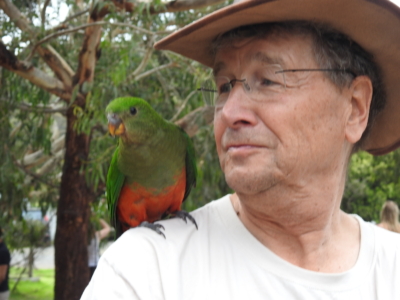