An International Network For Conscious Living!
A Doctor’s Mission -Part 2 – By Dr. Chris Gilbert -The HealingMindMag

Thank you Dr. Chris Gilbert for sharing your insights from your Europe Trip with us on LifeTalk with Mariette. Our Radio Family appreciated it very much.

12 Surprising Insights From Our Trip to a War Zone

Personal Perspective: Interviews that touched us the most on our way to Ukraine.

As my husband, Eric Haseltine, and I left Los Angeles last month to interview Ukrainian refugees in Germany, Poland, Czechia, and Ukraine, we had no idea that this trip would make such a great imprint on our life.

We flew from Los Angeles to Paris, France, and went to the Doctors Without Borders, a.k.a. Médecins Sans Frontières (MSF) headquarters in Paris to interview a logistician coordinator who had just come back from Ukraine. We also interviewed two MSF psychologists. Then we rented a car in Paris and drove across Germany and Poland to end up in Rava-Ruska, Ukraine. On the way back to Paris, we drove across the Czech Republic. The trip was filled with adventures, unpredictable events, and surprising interviews with relief organization volunteers and Ukrainians.

Here are the 12 most powerful insights from our interviews with volunteers and Ukrainians.

1. For many refugees, anger was not the dominant emotion:

Ukrainian refugees we interviewed in Germany and Poland were not all angry at the Russians; they were most often just sad. Many said that Ukraine is a peaceful country, and all Ukrainians want is to live, work, and be happy with their family.

When we asked Olga, 31—a pregnant woman from the suburb of Donetz who left her husband fighting in Ukraine and who now lives in Marpingen, Germany—why she wasn’t angry at the Russians, she said, “I cannot condemn the whole country of Russia; people are divided. I just want my old life back.”

2. A lot of Ukrainians were stunned at the attack:

Several highly educated Ukrainian refugees told us that until February 24th at 5:00 am, they couldn’t believe that Russia would really physically attack Ukraine.

Timur (who lived in Kyiv before the war) said, “We are in the 21st century, and I thought that, for sure, there would be a diplomatic way to avoid a war.”

“Nobody believed the Russians would invade,” said Natalia (who also lived in Kyiv before the war). “Nobody had a plan to escape.”

My husband, Eric Haseltine, and I are interviewing Daria in Krakow.
Source: Chris Gilbert, M.D., Ph.D., used with permission.

3. Some refugees said they would feel safer in war-zone Ukraine rather than in a safe, peaceful neighboring country:

Daria, who we met in Krakow, Poland, told us she missed her husband a lot.

Daria and her husband got married in Kyiv less than a year ago, and Daria was ready to go back to Kyiv where her husband and parents were. She said she would feel safer in Ukraine, where her family and friends were, rather than staying in a safe host country, where she had no family or friends.

In Poland, Daria said she feels helpless and lost because she cannot plan for her future anymore. Where will she be next week? Next month? She didn’t know and that made her very anxious. But if she were in Ukraine, she could be with her husband and her parents and would do everything she could to help her friends and family.

4. Some refugees had unpleasant experiences in host countries:

A young Ukrainian woman told us that her car, from which she flew a Ukrainian flag, got egged one night in a German town with a large Russian community. Another young woman said a bus driver got angry with her, telling her that he had to pay too much for gas because of her.

5. A lot of people in Russia still don’t believe there is war in Ukraine:

Ukrainian Dmitri, whom we met in Pilsen, Czechia, had a regular job during the day (he had been living in Pilsen for three years) and helped Ukrainian refugees on his days off and in the evenings. Dmitri commented that close family members who have settled in Russia don’t believe that there is any danger in Ukraine. They think it is all anti-Russian propaganda. Other people we talked to confirmed that they had family in Russia that didn’t believe there was war in Ukraine. Those people chose to believe Russian news.

6. Some refugees were afraid to talk to us:

In Zamosc, Poland, Ukrainian refugees declined to talk to us because they were scared that if they went back to Ukraine under Russian occupation, the Russians would look at their cell phones and possibly kill them for having spoken with us.

7. The infinite patience of the Ukrainian people:

Vladimir, a Sant’Egidio volunteer in Brno, Poland told us that what struck him the most was that Ukrainian people would stand in line for hours in freezing snow or cold rain without being impatient.

Indeed, we saw that with our own eyes, when we were there. Women and children waited patiently for their weekly distribution of milk, rice, and canned meat.

When we crossed the Polish-Ukrainian border at Hrebenne, we saw 4 kilometers of trucks lined up at the Ukrainian border, waiting for hours without being impatient.

Trucks waiting patiently for miles to cross the border between Ukraine and Poland. View from the Ukrainian side of the border.
Source: Chris Gilbert, M.D., Ph.D.

8. Some show very little willingness to settle in a safe Western country:

9. The feeling of guilt:

Several women told us they felt guilty having left family and friends back in Ukraine. They were torn between going back to Ukraine and being helpful to family and friends and staying in a safe Western host country for the sake and future of their children.

10. The extreme helpfulness of Ukrainian people:

In the middle of extreme adversity, Ukrainian people were incredibly nice and helpful. In Hrebenne, Poland, at the border with Ukraine, because we couldn’t drive our rental car into Ukraine, Ukrainian and Polish people went out of their way to find a vehicle that could take us to Ukraine. Finally, a young Ukrainian girl in an old, beat-up car took us across the border to Rava-Ruska, Ukraine.

In Ukraine, everybody was nice to us. People we interviewed on the street said they didn’t want to leave Ukraine. They confirmed that Ukraine was their home, and they wouldn’t want to live anywhere else.

As we went to the local bank to change some money, the bank teller offered to let us use their bathroom. Curiously, they let us go to their rest area where all the bank tellers’ handbags were. They trusted us completely.

11. The extreme helpfulness of relief organizations:

Relief organizations were also extremely nice and helpful. In Paris, we interviewed two psychologists working for Doctors Without Borders and one logistician who had just come back from a 2,600km trip, assessing medical needs in different parts of Ukraine.

They all told us that one month ago, between 2,000 and 3,000 people were crossing the border every day, but now, there were less than 50 per day.

12. The extreme helpfulness of the local German, Polish and Czech people:

German, Polish, and Czech people were doing everything they could for the refugees.

In Germany, we went to the little town of Marpingen, in Saarland, where a German woman named Blandine was hosting 4-months-pregnant Ukrainian Olga and her 5-year-old son. There, we all sat around the living room table; we met Blandine, her two daughters, Olga, and Olga’s son. Blandine recounts that when she heard a lot of Ukrainian women needed to find homes, she volunteered to host a Ukrainian woman and her children.

Soon afterwards, Olga and her son came. Blandine told us that at the beginning, Olga was withdrawn. She didn’t want to talk and looked through the window for hours. Blandine gave her time, and little by little, Olga started to talk more. Because their language was so different, they used Google translate to communicate with each other. Blandine recalls that, when Olga arrived, a lot of German neighbors dropped by every day, bringing food and clothes and asking what they could do to help.

Now, Olga was starting to open up and talk. Blandine commented as we were about to leave that she now had three daughters instead of two, and her life was much richer as a result.

We interviewed Timur in the luxurious Bismarck Hotel in Bad Ems. Timur was helping the 30 Ukrainian refugees hosted at the hotel.
Source: Chris Gilbert, M.D., Ph.D., used with permission

A little further, in Bad Ems, Germany, Arthur, the owner of the luxurious hotel Bismarck, which once belonged to a Russian Oligarch, opened his hotel to 30 Ukrainian refugees. He now provides room and board for them. When we went to the Bismarck hotel, we met Timur and his girlfriend, both from Kyiv, who were on vacation in Germany on February 24th, the first day of the Russian invasion of Ukraine. Timur, who spoke fluent English, told us he was Arthur’s friend and was there to help the 30 Ukrainian refugees staying in the hotel.

How this trip changed our own view on life:

As we heard about the worst, we also saw the best in people, with incredibly touching solidarity between Germans, Poles, Czechs, and Ukrainians.

We now realize how fragile happiness is: One day, we could be happy with family and friends in peace, and the following day, we could be at war. Peace is never a given, and now back in the USA, we are appreciating peace to its fullest. 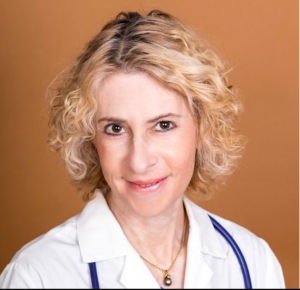 Author of “The Listening Cure” (SelectBooks 2017) 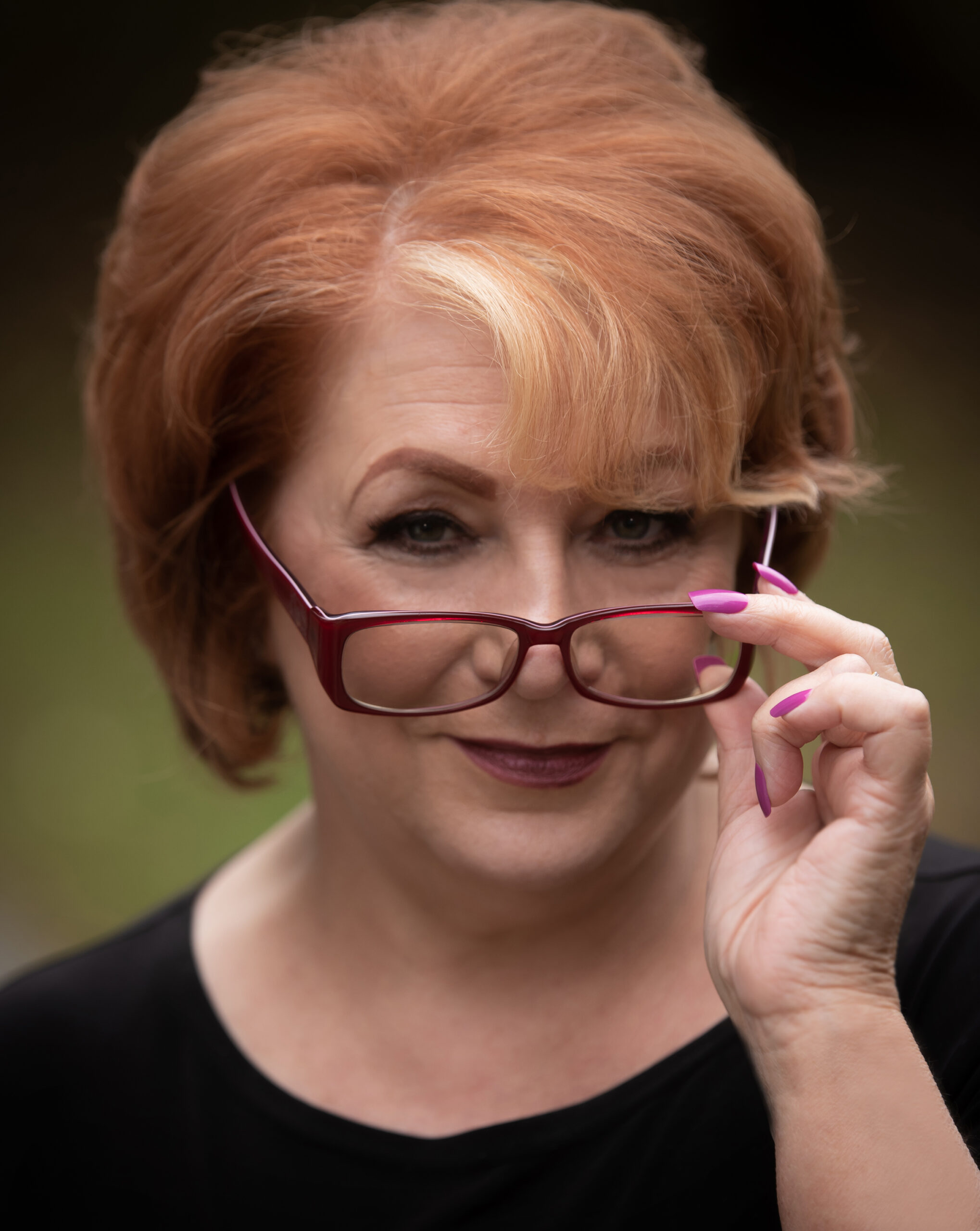 Want To Feature Your Business? Please write to us!